(LONDON, Ontario) - In another North American first, an interdisciplinary team of surgeon/scientists from CSTAR (Canadian Surgical Technologies & Advanced Robotics) and Lawson Health Research Institute (Lawson) have successfully removed an entire aneurysm with the help of a da Vinci® surgical robot.

The surgery to remove a renal artery aneurysm was performed at the University Campus of London Health Sciences Centre (LHSC) on May 28, 2004 by Dr. Patrick Luke, CSTAR/Lawson Scientist and LHSC Surgeon, assisted by Dr. Anil Kapoor, urologist/surgeon at St. Joseph's Healthcare Hamilton. The procedure is just one of many recent advances in clinical research at CSTAR. This particular surgery is part of a study to examine the ability of surgical robots to perform complex vascular procedures.

Up until now, the procedure to remove a renal artery aneurysm was extremely complicated and often dangerous. Aneurysms are localized dilatations of arteries caused by weakening of their wall. A rupture can be catastrophic, leading to rapid blood loss, shock and even death. Some aneurysms can be managed conservatively, or through angiographic stenting, but others require surgical repair.

"Open (traditional) repair of a renal artery aneurysm is very demanding for the patient," explains Dr. Luke, "and it often requires weeks of recovery. There have only been a few documented cases of laparoscopic resections of renal artery aneurysms in the world, and to my knowledge, technical limits of laparoscopy have allowed the surgeon only to resect the front wall of the aneurysm, leaving the 'still diseased' back wall behind".

Using only six small incisions in the patient's abdomen and assisted by the four-armed da Vinci® robot, Dr. Luke was able to remove the entire front and back wall of the aneurysm and suture the ends of the renal artery branch back together. The use of the robot enabled the surgeon to work less invasively and with more precision than ever before - and save the patient's kidney. The patient is doing well.

Although Dr. Luke acknowledges that although the need for renal artery resection is rare, this particular operation showcases the ability of the robot to make a challenging operation, a routine procedure. "Without the robot," he says, "I would not have attempted to resect this aneurysm laparoscopically".

"With the generous support of our funding partners as well as private donors such as London philanthropists Richard and Beryl Ivey and the vision of LHSC leadership, this latest innovation at CSTAR allows us to improve outcomes for our patients, helps our surgeons take the next leap forward in perfecting their craft and keeps our researchers at the leading edge of medical science, "says Tony Dagnone, president and chief executive officer of LHSC.

This procedure is one of many "firsts" at CSTAR. Most recently in September 2004, an interdisciplinary medical team led by Dr. Bob Kiaii, leader of CSTAR's Robotic Coronary Artery Bypass research project and cardiac surgeon at LHSC, and Dr. Bill Kostuk, cardiologist at LHSC, were the first in North America to complete two different procedures to clear blocked arteries during the same episode of care. Both a minimally invasive robotic-assisted heart bypass surgery and angioplasty with stenting were performed sequentially in the same time in the operating room. Advanced technology such as 3-D imaging in CSTAR's specialized Hybrid Operating Room/Angiosuite at London Health Sciences Centre, one of a few such facilities in the world, has made this new intervention possible.

Research at CSTAR is supported by grants from the Canada Foundation for Innovation and the Ontario Government.

CSTAR (Canadian Surgical Technologies & Advanced Robotics) is Canada's national centre for developing and testing the next generation of minimally invasive surgical and interventional technologies and techniques, including robotics. CSTAR trains the surgeons of the future and shares expertise around the world. Building on world and national firsts pioneered by surgeons in London, CSTAR was launched in December 2001. CSTAR is as a collaborative research program of London Health Sciences Centre (LHSC) and Lawson Health Research Institute (Lawson), and is affiliated with The University of Western Ontario.

CSTAR is the first interdisciplinary research and training facility in the world to bring together practitioners, students, and researchers in surgery, engineering, imaging, robotics, information technology and business. Project teams have attracted $18.2 million from the Canada Foundation for Innovation, the Ontario Government and industry to fund discoveries in many areas of medicine, from robotic fetal procedures to cancer therapy.

Firsts
Most recent Canadian firsts, all using the da Vinci® Surgical System, include: 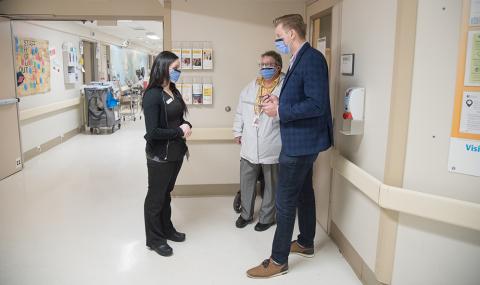 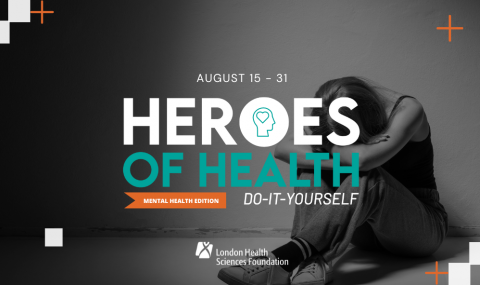