(LONDON, Ontario) Dr. Mandar Jog, Director of the Movement Disorder Program at London Health Sciences Centre's University Campus, has discovered that there are differences in how behaviours are encoded in the brain before and after they are learned, or after they become habits. The activity of neurons associated with a pattern of behaviour changes after that behaviour becomes habitual, so that the neurons' firing rate increases at the beginning and at the end of that behaviour and decreases during the behaviour's intermediate steps. This contrasts with a more consistent firing rate throughout the behaviour during the learning process. This important finding means that when the brain is learning, it pays attention to all imputs. Subsequently, the brain puts the package together in an efficient way.

"This finding could have implications for understanding the difficulties that Parkinson's Disease patients experience in starting and stopping movements, and may be related to particular repetitive behaviours associated with addictive disorders," says Dr. Jog.

"One can imagine a particular type of learnt movement as a clump of differently coloured pieces of playdough that make up the movement. In Parkinson's desease, the clumps separate, slowing down movement. In the case of repetitive behaviours associated with addictive disorders, the clumps become too hard and cannot be easily molded", explains Dr. Jog.

Dr. Jog's work at Massachusetts Institute of Technology (MIT) identified this change in firing rates after implanting electrodes into the basal ganglia (a portion of the brain thought to be involved in habit learning) of rats. He, along with his team of researchers, then monitored variations in neuron activity in this region as the rates learned to associate a sound with a tasty reward during the course of travelling a simple maze, and noted that the new neural activity pattern remained stable in the rodents long after running the maze had become a habit.

"Clinical and behavioural evidence suggests that the basal ganglia are centrally involved in the procedural learning that leads to habit formation. We are hopeful that these study results will someday allow us to not only better understand diseases like Parkinson's, but also allow us to someday better treat and manage such diseases," says Dr. Jog.

The study results were released in late November in the prestigious magazine, Science, which is published by the American Association for the Advancement of Science (www.sciencemag.org). 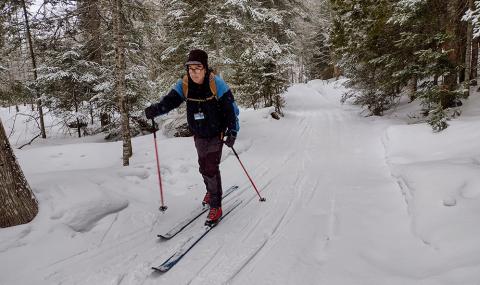