(LONDON, Ontario) - For the first time in Canada the ZEUS™ robot has been used to perform surgery in urology. It is another first in robotics for London Health Sciences Centre (LHSC) and CSTAR (Canadian Surgical Technologies & Advanced Robotics).

On January 6, LHSC urologist and surgical director of renal transplantation, Dr. Patrick Luke broke new ground in patient care by being the first to use the three-armed ZEUS™ robot to perform an operation to correct a blockage in the ureter or drainage system of the kidney. The surgery is called pyeloplasty. It is used to correct a congenital condition, ureteroplevic junction obstruction that can cause the ureter to become blocked. Luke completed the same surgery on a second patient using the ZEUS™ robot on January 14.

LHSC and CSTAR continue to push the envelope of robotics in patient care. In 1999, they were the first in the world to use the three-armed ZEUS™ robot in a minimally invasive cardiac single artery bypass on a beating heart. They were also the first in Canada to have the ZEUS™ robot.

In order to perform a pyeloplasty with the ZEUS™ robot three small incisions, each about the size of a dime, are made in the patient's abdomen to place the three arms of the robot. Two of the robotic arms are the extension of the surgeon's hands, and the third is the AESOP™ voice-controlled robotic endoscopic camera the surgeon uses to see inside the patient. Sitting several feet from the patient the surgeon manipulates the robotic arms by remote control to complete the surgery.

Dr. Luke says, "Using a robot in the operating room is a huge step forward in how we do surgery. When you are working on area that is only 2 to 3 millimetres wide, and fine suturing or sewing techniques are required, the robot provides greater precision, dexterity, and reduction of fatigue. The robot also eliminates any tremor in a surgeon's hand."

Luke adds, "For the patient, because the robot facilitates a minimally-invasive approach, there is less scarring. Instead of having a 10-inch scar from traditional open surgery, the patient only has three tiny marks on the abdomen. Another benefit is that it dramatically reduces pain after surgery, and shortens the patient's hospital stay and recovery time."

Dr. Reiza Rayman, CSTAR Director of Research and Business Operations says, "We are continuing to advance the use of robotics into new areas of patient care. This latest achievement in urology will add to the momentum of our surgeons and researchers utilizing technology that will change how we deliver health care in the future."

LHSC and CSTAR are only one of three centres worldwide using the ZEUS™ robot in urology. The other two centres are in California and in France.

LHSC President and CEO Tony Dagnone says, "Our robotics program would not be possible without the generous investment of Richard and Beryl Ivey of London, among others. The vision of their original gift has allowed LHSC and CSTAR to make tremendous advances in patient care helping to improve the health of people in this community and beyond."

CSTAR is a collaborative research program of London Health Sciences Centre and the Lawson Health Research Institute, and is based at the University Campus of LHSC in London, Ontario.

In addition to his role as an LHSC urologist and surgical director of renal transplantation, Dr. Patrick Luke is also an assistant professor of surgery at the University of Western Ontario, and a scientist at Lawson Health Research Institute.

To arrange an interview with Dr. Luke or Dr. Rayman or for more information, please contact Debbie Neufert as mentioned above.

What's next for ZEUS™at LHSC and CSTAR? 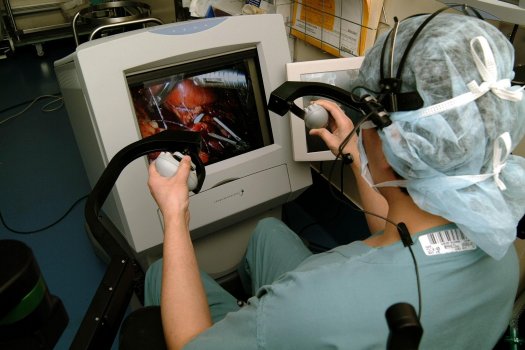 Dr. Patrick Luke, LHSC urologist and surgical director of renal transplantation, performs a urologic operation using the three-armed ZEUS™ robot. It is the first time in Canada the ZEUS™ robot has been used to perform surgery in urology. 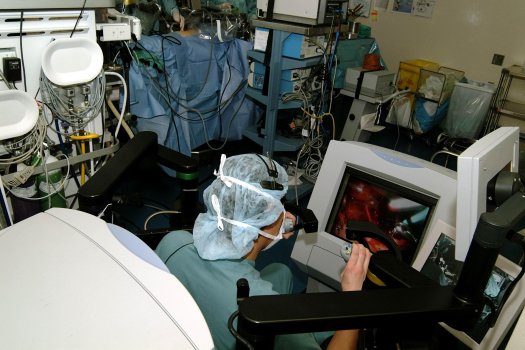 Dr. Luke is seated several feet from the patient at the robotic controls manipulating the robotic arms to perform the operation 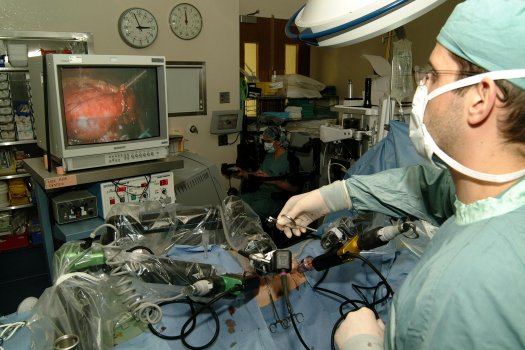 In the foreground you can see the patient and the three robotic arms working through three small incisions in the abdomen. Dr. Luke is seated at the robotic controls in the background moving the robotic arms to complete the surgery.