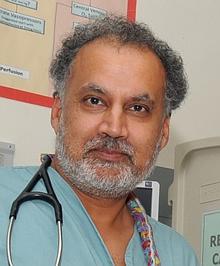 Dr. Christopher Fernandes is the chair of the Medical Advisory Committee and director of Quality of Medical Care at LHSC. He is also the inaugural recipient of the President’s Award for Innovation, nominated for his work as chair of the LHSC Surviving Sepsis Campaign and development of the London Sepsis Checklist.

In 2009, a report from the Canadian Institute for Health and Information on hospital mortality ratios recommended that early recognition and care related to sepsis was a key area of improvement for hospitals across the country. At LHSC, sepsis represented the diagnostic category with the highest number of unexpected deaths.

In response to this report, Dr. Fernandes brought together a multi-disciplinary task force to develop an initiative aimed at reducing morbidity and mortality due to sepsis at LHSC. In February 2010, LHSC launched the Surviving Sepsis campaign which included a new checklist tool to increase early recognition and improve care of patients with sepsis.

Nominators describe Dr. Fernandes as an innovative thinker, always open to everyone’s ideas and supportive of trying new approaches. His passion for change and improvement is apparent to all who have worked with him, and his results speak for themselves. With an original goal of reducing sepsis at LHSC by 25 per cent over five years, those results were exceeded within the first few months of the initiative.

By modeling innovative thinking and providing the coaching, guidance and support required to implement new ideas, Dr. Fernandes paved the way for a new kind of approach to change and process improvement at LHSC. 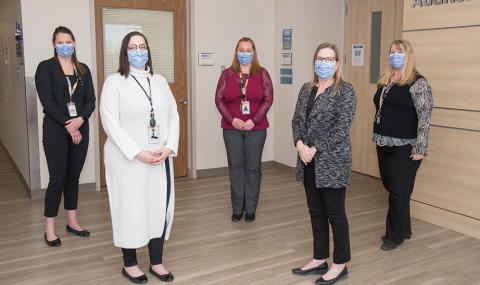 Recognizing our Audiology team during Speech and Hearing Month

Recognizing our Speech-Language Pathology team during Speech and Hearing Month
Living with Cystic Fibrosis: A CF patient experience story
Celebrating 60 years of nursing with the Victoria Hospital Class of 1962