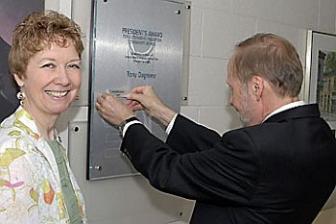 Janice McCallum, Director, Acute Medical Care and Community Transition, LHSC was honoured as the first recipient of the LHSC President’s Award for Outstanding Volunteer Community Service on June 19, 2007. McCallum was given the award for her outstanding work with the Victorian Order of Nurses (VON), the Girl Guides, Thames Valley District School Board and the Registered Nurses Association of Ontario.

The annual President’s Award recognizes an LHSC staff member, physician or hospital volunteer whose volunteer achievement has made a difference to the lives of people in the community. It was established in 2006 to honour the community service legacy of Tony Dagnone, LHSC’s first President and CEO.

McCallum has been an active volunteer with the VON for 20 years. She spearheaded the first strategic planning initiative for the local VON Board and championed a program of ‘grow your own’ volunteer projects. In 2006 McCallum was elected to the position of Chair of VON Canada and recognized for her leadership and support of the more than 50 local programs and largest number of VON volunteers, with fundraising of over half a million dollars per year.

McCallum was honoured with the award at a luncheon on June 19 with her family, LHSC team members and fellow VON volunteers in attendance. Her name is etched into the perpetual plaque that hangs on the wall of the President’s Gallery at Victoria Hospital and University Hospital. 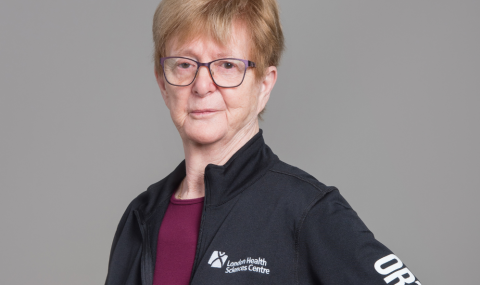