Effects reduced by up to 30% by low-Vitamin D season

For women diagnosed with a form of breast cancer known as estrogen receptor positive (ER+) breast cancer, tamoxifen is an essential drug used in the treatment and prevention of recurring breast cancer.  Currently, tamoxifen is used in a one-size-fits-all approach where the same dose is prescribed for every patient.  New research at Lawson Health Research Institute has found that in addition to patient-specific genetic factors, lack of exposure to vitamin D during the long winter months affects the body’s ability to metabolize the drug. 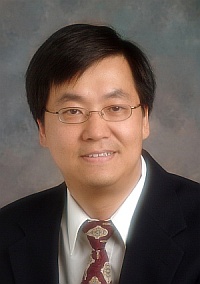 The findings, which have been reported in the journal Breast Cancer Research and Treatment, are the first to identify this seasonal effect.  Dr. Richard Kim, who is a physician at London Health Sciences Centre (LHSC) and holds the Wolfe Medical Research Chair in Pharmacogenomics at Western University, reports that during the winter months nearly 30 percent of patients are at risk for less than optimal level of the active form of tamoxifen, called endoxifen, and therefore may not benefit as much from the therapy.

In the liver, tamoxifen is converted to the active form of the drug called endoxifen by a protein called CYP2D6. “We know that endoxifen is nearly 100 times more potent against the estrogen receptor relative to tamoxifen,” says Dr. Kim.  “Our research has shown that patients with normal CYP2D6 activity can easily convert tamoxifen to endoxifen, whereas patients with no CYP2D6 activity have a significantly limited ability to convert tamoxifen to endoxifen.”

In addition to the seasonal effect, Dr. Kim found that the simultaneous use of a common antidepressant can also substantially lower the body’s ability to metabolize endoxifen levels.  “Patients who are either partly or completely deficient in CYP2D6 and who are prescribed the SSRI class of antidepressants are at major risk for subtherapeutic endoxifen levels,” says Dr. Kim.

“Our most recent findings are important additions to the pool of data we already have on tamoxifen therapy,” says Dr. Kim.  “These new clinical and genetic markers can aid physicians to better identify patients who will benefit from tamoxifen, as well as those patients at risk for suboptimal benefit.  We believe this has the potential to be used as part of our Personalized Medicine-based treatment strategy for our breast cancer patients.”