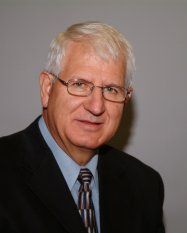 Dr. George Vilos is a Professor of Obstetrics and Gynecology at Western University and coordinator of Minimally Invasive Gynecology at the Fertility Clinic of London Health Sciences Centre. He has served as Chair or Co-Chair on several National and international committees including the Surgical Complications of Pelvic Endoscopy (SCOPE – A Risk Management programme), the Clinical Practice Guidelines, and the medico-legal committee of the Society of Obstetricians and Gynecologists of Canada.

Dr. G. Vilos completed a four-year degree in Medical Biophysics (1970), MD (1974), Fellowship of The Royal College of Physicians and Surgeons of Canada in Obstetrics and Gynecology (FRCSC, 1978). After obtaining a Medical Research Council of Canada grant, he pursued post-graduate Research Fellowships on Bladder Physiology (Western University, 1978), Fetal Developmental Physiology (Auckland, New Zealand, 1978-1980), and Reproductive Biology (Western University, 1980-1982). Dr. Vilos has been a member of the Department of Obstetrics and Gynecology at Western University since 1982. He was promoted to Associate Professor in 1994 and full Professor in 1998.

His current clinical and research interests include minimizing surgical risks and complications, continuous evaluation of alternatives to hysterectomy such as endometrial ablative techniques for menorrhagia, blood supply restriction, medical therapies and/or myomectomy for uterine fibroids, and laparoscopic reduction and/or medical therapies of endometriosis. In addition, he provides surgical treatment through minimally invasive surgery for all pelvic organ disorders, including uterus, tubes and ovaries, associated with infertility.