Abrasion - Superficial damage to the skin, generally not deeper than the epidermis. It is more superficial than an excoriation, although it can give mild bleeding. Mild abrasions, also known as grazes do not scar, but deep abrasions may lead to the development of scarring tissue.  Most commonly, abrasion injuries occur when exposed skin comes into moving contact with a rough surface causing trauma to the upper layers of the epidermis.

Aggregation - The accumulation of platelets to the site of a wound to form a platelet plug or a thrombus.

Braden Risk Assessment Scale - A summated rating scale made up of six subscales scored from 1-3 or 4, for total scores that range from 6-23. The subscales measure functional capabilities of the patient that contribute to either higher intensity and duration of pressure or lower tissue tolerance for pressure. A lower Braden Scale Score indicates lower levels of functioning and, therefore, higher levers of risk for pressure ulcer development.

Charcot Foot – A progressive degenerative condition that affects the joints in the feet.  It is associated with nerve damage (neuropathy) that decreases the ability to sense stimuli, including pain, and decreases muscular reflexes that control movement.  As a result, the joints in the feet are subjected to repeated trauma and injury, causing progressive damage to the ligaments, cartilage, and bones.

Coagulability - To cause transformation of (a liquid or sol, for example) into or as if into a soft, semisolid, or solid mass.

Collagen - A natural protein that forms connective tissue and provides strength, resilience, and support to the skin, ligaments, tendons, bones, and other parts of the body.  Collagen is the main structural protein of the skin.

Contact Dermatitis – A localized rash or irritation of the skin caused by a foreign substance.

Corticosteroids - A class of steroid hormones that are produced in the adrenal cortex. Corticosteroids are involved in a wide range of physiologic systems such as stress response, immune response and regulation of inflammation, carbohydrate metabolism, protein catabolism, blood electrolyte levels, and behavior.

Dilated Vessels (Dilation) - The act of expanding or the state of being expanded.

Deep Vein Thrombosis – The formation of a thrombus (blood clot) within a deep vein, commonly in the thigh or calf.

Ecchymoses – The blotchy areas of hemorrhage in the skin.

Edema – Swelling caused by fluid in your body’s tissues.  It usually occurs in the feet, ankles, and legs, but it can involve your entire body.

Elastin - A protein in connective tissue that is elastic and allows many tissues in the body to resume their shape after stretching or contracting.  Elastin helps skin to return to its original position when it is poked or pinched.

Epithelialization -  the regrowth of skin over a wound.

Erythema – An abnormal redness of the skin; It is one of the signs of cardinal inflammation.

Eschar – A piece of dead tissue that us cast off from the surface of the skin; also known as a black wound.

Excoriation – An erosion or destruction of the skin by mechanical means, which appears in the form of a scratch or abrasion of the skin.  It is commonly seen in other skin disorders causing itching/pruritus: dry skin, dermatitis, atopic dermatitis, scabies, etc.  The condition is characteristic of a symptom of other illnesses like liver failure where pruritus is caused by increases of bilirubin.

Exudate - Any fluid that filters from the circulatory system into lesions or areas of inflammation. Its composition varies but generally includes water and the dissolved solutes of the blood, some or all plasma proteins, white blood cells, platelets and (in the case of local vascular damage) red blood cells.

Fascia - The soft tissue component of the connective tissue system that permeates the human body. It interpenetrates and surrounds muscles, bones, organs, nerves, blood vessels and other structures. Fascia is an uninterrupted, three-dimensional sheet of tissue that extends from head to toe, from front to back, from interior to exterior. It is responsible for maintaining structural integrity; for providing support and protection; and acts as a shock absorber.

Fibrinogen - a soluble plasma glycoprotein that is synthesised by the liver.

Fistula - An abnormal connection or passageway between organs or vessels that normally do not connect.

Granulation - The perfused, fibrous connective tissue that replaces a fibrin clot in healing wounds. Granulation tissue typically grows from the base of a wound and is able to fill wounds of almost any size.

Hemosiderin Staining – Brownish pigment changes in the skin due to deposition of red blood cells.

Hypoxia - A shortage of oxygen in the body.

Induration - Localized hardening of soft tissue of the body. The area becomes firm, but not as hard as bone.

Infection – The colonization (when any one species populates a new area) of a host organism by a foreign species.

Killer T Lymphocyte - A T cell that usually bears CD8 molecular markers on its surface and that functions in cell-mediated immunity by destroying a cell (as a virus-infected cell) having a specific antigenic molecule on its surface.

Laceration - A jagged wound or cut.

Lateral – Away from the midline of the body.

Leukocytes (White Blood Cells) - Cells of the immune system which defend the body against both infectious disease and foreign materials.

Lipodermatosclerosis – Thickening of the skin; Loss of elasticity in the gaiter area.

Maceration – The presence of excessive moisture on the skin that may cause skin damage.

Malignancy – Cancerous cells that usually have the ability to spread, invade, and destroy tissue; Have fast, uncontrolled growth; Resistant to treatment, and may return after being removed or destroyed.

Malleolus – Bony prominence on either side of the ankle.

Nocturnally – Occurring in the night.

Occiput – The back of the head.

Osteomyelitis - An acute or chronic bone infection, usually caused by bacteria.  The infection that causes osteomyelitis often is in another part of the body and spreads to the bone via the blood. Affected bone may have been predisposed to infection because of recent trauma.  In children, the long bones (hard, dense bones that provide structure and mobility such as the femur) are usually affected. In adults, the vertebrae and the pelvis are most commonly affected. Bone infection can be caused by bacteria or by fungus. When the bone is infected, pus is produced within the bone, which may result in an abscess. The abscess (a localized collection of pus in any part of the body that is surrounded by swelling/inflammation) then deprives the bone of its blood supply. Risk factors are recent trauma, diabetes, hemodialysis, and intravenous drug abuse. People who have had their spleen removed are also at higher risk for osteomyelitis.

Perineal Dermatitis – An inflammation of the skin in the genital, buttock, or upper leg areas that is often associated with changes in the skin barrier, redness, a rash, and adverse symptoms such as pain or itching.

Peripheral Arterial Disease (Atherosclerotic Peripheral Arterial Disease) - Occurs when a fatty material called plaque builds up on the inside walls of the arteries that carry blood from the heart to the head, internal organs, and limbs. This build up of plaque is known as atherosclerosis and causes hardening of the arteries.  Atherosclerosis causes the arteries to narrow or become blocked, which can reduce or block blood flow. Blocked blood flow can cause pain and numbness. It can also increase a person's chance of getting an infection, and make it difficult for the person's body to fight an infection. If severe enough, blocked blood flow can cause tissue death (gangrene); PAD, most commonly, affects blood flow to the legs and is the leading cause of leg amputation.

Periwound Skin – the surrounding skin of a wound

Phlebitis – An inflammation of a vein, usually in the legs.

Plantar Surface - sole of the foot.

Protein Synthesis - The creation of proteins using DNA and RNA.

Secondary Infection - An infection that occurs during or after treatment of another, already existing infection. It may result from the treatment itself or from alterations in the immune system.

Slough - Dead tissue that is usually cream or yellow in colour.

Stratum Corneum - The outermost layer of the epidermis (the outermost layer of the skin). It is composed mainly of dead cells that lack nuclei. As these dead cells slough off, they are continuously replaced by new cells from the stratum germinativum (basale). Cells of the stratum corneum contain keratin, a protein that helps keep the skin hydrated by preventing water evaporation. In addition, these cells can also absorb water, further aiding in hydration and explaining why humans and other animals experience wrinkling of the skin on the fingers and toes (colloquially called "pruning") when immersed in water for prolonged periods.

Stratum Germinativum (Stratum Basale, Basal Cell Layer) - The layer of keratinocytes that lies at the base of the epidermis immediately above the dermis. It consists of a single layer of tall, simple columnar epithelial cells lying on a basement membrane. These cells undergo rapid cell division, mitosis to replenish the regular loss of skin by shedding from the surface. About 25% of the cells are melanocytes, which produce melanin which provides pigmentation for skin and hair.

Stratum Granulosum - Layer of the epidermis that lies below the stratum spinosum below and above the stratum lucidum.  This layer typically contains 1 to 3 rows of squamous cells with many small basophilic granules in their cytoplasm.  These keratohyalin granules are a step in the synthesis of the waterproofing protein keratin, and contain large amounts of filaggrin.  This is the highest layer in the epidermis where living cells are found, the stratum lucidum above appears clear due to auto-digestion of cellular organelles.  This layer also includes lamellar granules and tonofibrils.

Subcutaneous tissue - beneath or under the skin.

Superinfection - An infection following a previous infection, especially when caused by microorganisms that are resistant or have become resistant to the antibiotics used earlier.

Thrombin - A coagulation protein that has many effects in the coagulation cascade. It is a serine protease that converts soluble fibrinogen into insoluble strands of fibrin, as well as catalyzing many other coagulation-related reactions.

Tunneling – A tract or extension deep into the soft tissues.  Tunnels provide easy access for bacteria to potentially cause a deep infection.

Undermining – Area of tissue destruction extending under the intact skin along the periphery of a wound; commonly seen in shear injuries. 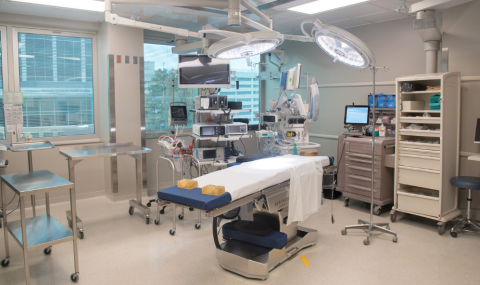