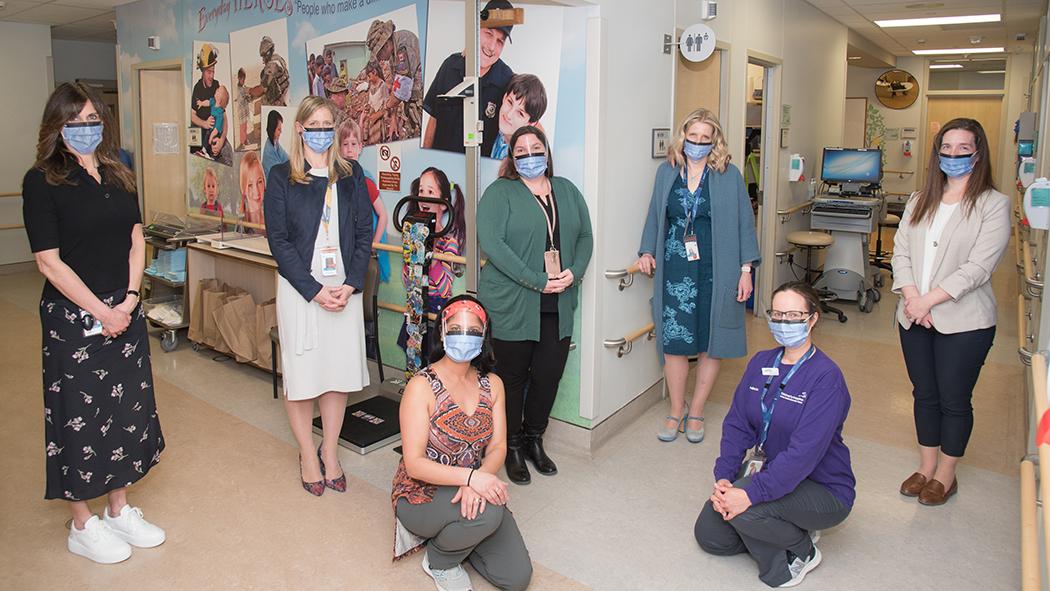 Karen St. Pierre, Nurse Case Manager, Paediatric Ambulatory Care for the Cystic Fibrosis (CF) clinic at LHSC is the point-person for the paediatric CF patients. She sees patients in-clinic and when they are admitted into hospital. Like Gooyers, St. Pierre is a staff member that patients call when they’re not feeling well or have other questions and then connects them with a social worker, physiotherapist, or another specific health professional the patient needs at that time.

In the Paediatric CF clinic there are around 84 patients. Since the introduction of the newborn screening test for CF in April 2008, most cases are diagnosed at birth, but any cases missed during the initial screening will be diagnosed later due to symptoms. Some symptoms seen in babies include a failure to thrive where they are eating but not growing because their bodies aren’t absorbing nutrients. If the diagnosis still has not been made, then as the child gets older, respiratory and gastrointestinal (GI) issues will often become apparent.

For paediatric patients, a gradual approach to treatment is taken, introducing specific treatment on an as-needed basis such as inhalation treatments. And if the pancreas is insufficient, which is another symptom of CF, the paediatric patient is started on enzyme treatment as soon as possible.

“Right now, at LHSC we have 11 paediatric patients on Trikafta,” St. Pierre says. “There are certain criteria that needs to be met for OHIP to cover the cost of this drug, such as the patient’s lung function must be less than 90%. But we have been able to build a case on a patient’s BMI when they are experiencing more GI issues and poor weight-gain even though they may have great lung function.”

Since the paediatric patients have started taking Trikafta, St. Pierre has witnessed a noticeable difference, not only in their lung function or weight gain, but in their mental health. “When we see these young patients start putting on weight, we see their body image perceptions improve. As their lung function gets better, we see these young people start being able to participate in activities they may not have before. This all improves their overall mental well-being along with their physical health.”

With Trikafta, St. Pierre notes that there is one paediatric patient who had double-digit admissions within the past year due to complications with their illness. But since they started Trikafta, they have not needed to be admitted to hospital. “There are conversations happening that weren’t before,” St. Pierre says. “When you see kids who have witnessed some of their peers die young, some of our paediatric patients had almost no hope for the future. But when we see their lung function increase significantly, they become different kids as they start thinking of and planning for the future. I’ve heard them say they just feel good, healthy and it’s easier to breathe. It’s a remarkable medication and we can only continue to hope that there are more treatment options like this for more CF patients in the future and that we can start them on it at the time of diagnosis before any lung damage can occur.”