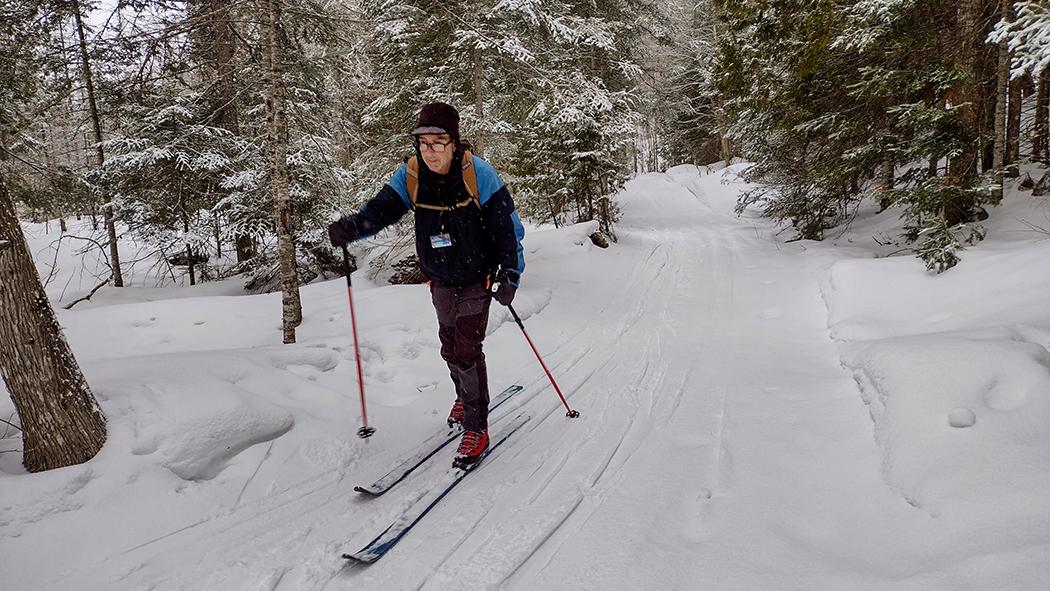 John O’Donnell was diagnosed with Cystic Fibrosis (CF) at six months old in 1960. He has been a patient at London Health Sciences Centre’s (LHSC) CF Clinic for about 25 years. John has experienced a variety of CF treatments over the decades. “When I was first diagnosed I would sleep in an oxygen tent every night. The tent would be pumped with mist that had antibiotics in it and I slept in that until I was 13 years old. As technology and information changed, so did approaches to treatment. When it was discovered that mist wasn’t good for the lungs, that being in dry air was actually helpful for those with CF, the doctor ended that treatment,” says John.

Before the pandemic, CF doctors from LHSC would visit the Sault Area Hospital out-patient clinic two or three times a year to meet with John to monitor his condition. “I live in Sault Ste. Marie and I’ve always appreciated being able to meet with my CF doctors near my home. Because of the pandemic, the appointments switched to over the phone first, and now we have our appointments through TeleMed,” explains John. “From the various doctors I’ve had and the constant support from Tracy, who has known me for all this time – they know me and send me for tests and follow up accordingly – the care that I’ve received from LHSC has been phenomenal.”

John started taking Trikafta in March 2021. He wasn’t doing well prior to being prescribed the medication and was one of the patients put on Trikafta for compassionate reasons before the drug was widely approved for use by Health Canada. At the time, there were no other treatment options available to John. “I was coughing up blood once or twice a week, I was down to 30% lung function – my prognosis was not good. I was coming to the end of my runway as I say,” John shares. “When you have chronic, deadly illness I was thinking about death anyway. It was a slow process up to that point. I was 60. Who knows when it’s your time? You never really know.”

As John’s lungs deteriorated, he had to give up the amount of activity he enjoyed participating in such as back country skiing, snowshoeing, and triathlons. When he was younger he competed in iron man competitions and climbed to a base camp on Mount Everest. It was a slow process over the years, and John says it was difficult in some ways and not in others. “When I was born, I was given a life expectancy of around five years, and zoom ahead to today and it’s around 55 years old. I always knew my life expectancy was going to be shorter than average.”

John says, “When I told I was going to get medication, I was hoping for something good. And I never imagined this good. My lung function increased to around 45% from 30%, my sleep improved because I was no longer waking up coughing. Now I sleep just like everyone else without those interruptions. I don’t have normal lungs - I’ve had damage from pneumonias over the years - but now I have enough lung function that I can do a lot of things I enjoy doing. This drug is a break through. As far as CF treatment goes, this is a huge step.”

John noticed results right away. The medication started loosening the phlegm in his lungs within about 12 hours. He was coughing a lot – so much that he got a headache – but he was coughing up mucous and by the third day, he was clear. “I snowshoed for 90 minutes that day on a very hilly trail. Before taking the medication, I was thinking I was going to die, I couldn’t see any way forward, but I didn’t see this coming. This medication was a life changing experience.”

Going forward, John will continue to have three or four check-ins a year to make sure he’s stable and gets pulmonary function tests every three months to monitor how his lungs are doing. He sees great value in both call and in-person visits since he is stable. If he has any issues, he feels comfortable contacting Tracy in email because she gets back within minutes. “She’s very attentive. I can pick up the phone and call her - the care they provide at the CF clinic is incredible.”

“Three years ago, I tried to cross country ski and I was too out of breath. I came home, sat down, and had a little cry,” John describes, “To compare, after the first week on this medication, I had another cry. It was a good cry. And I could cross country ski again. I always had some hope and I was reasonable in my expectations – but I wasn’t expecting this. It’s a terminal illness and I know I’m not going to escape this. But as far as treatments go to help improve my quality of life, I couldn’t ask for anything better.”

John continues, “There’s an analogy I use for how this treatment has made me feel: It feels like if you went to bed one night and had zero dollars in your bank account and you woke up the next day and someone put a million dollars in there.”