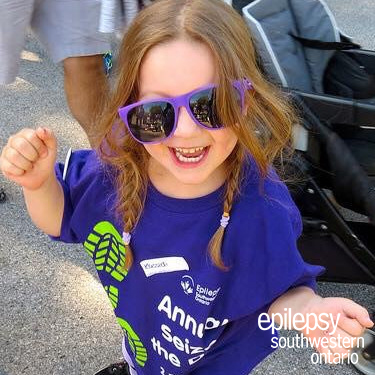 Epilepsy is one of the most common chronic neurological disorders, with an estimated 1% of the general population being diagnosed. This means that around 330,000 people in Canada have epilepsy.

Epilepsy can present at any age but it is most common in childhood or in the later years of life. In approximately 50% of children diagnosed with epilepsy, their seizures will disappear completely. In more than half of those with epilepsy, seizures can be well controlled with anti-seizure medications.
Around 30% of patients diagnosed with epilepsy will continue to have seizures despite trials of at least two well tolerated and well selected anti-seizure medications. These patients are referred to as having drug resistant epilepsies (DRE). Their quality of life tends to be affected not only by seizure severity and potential medication toxic side effects resulting in multiple admissions to the hospital but also by co-morbid conditions such as: intellectual disability and mental health problems. Sudden unexpected death in epilepsy (SUDEP) is more common in patients with long standing, poorly controlled seizures. For more information regarding SUDEP, please visit SUDEP Aware.

Epilepsy: A disorder of the brain where there is an underlying predisposition to generate epileptic seizures. There are resulting conditions from epilepsy which include: cognitive, psychological, neurobiological and social consequences (Fisher et al., 2014).

Diagnosis: In order to be diagnosed with epilepsy, there must be at least one occurrence of a spontaneous epileptic seizure (when a clear risk factor for epilepsy is present – i.e. an abnormality in the structure of the brain) and in most cases the occurrence of two spontaneous epileptic seizures (even in the absence of other risk factors) is required (Fisher et al, 2014).

Who should a child diagnosed with epilepsy receive treatment from?

Classification of Seizures: There are three classifications of seizures with different descriptors.

For more information on types of seizures please visit the following websites: