London Health Sciences Centre (LHSC) was formed in 1995 upon the merger of University Hospital and Victoria Hospital. But our story began much earlier. 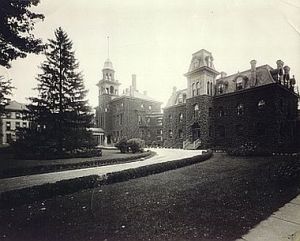 The legacy of LHSC is more than 145 years old, dating from 1875, when the London General Hospital, opened on Ottoway Avenue, now South Street. The Honourable Donald Alexander Macdonald, Lieutenant-Governor of Ontario, officially opened the facility. Soon after, the hospital’s tradition of teaching and training was born. For more than a century, the citizens of London have made the availability and the advancement of comprehensive hospital services a topmost priority and a defining accomplishment of our community. 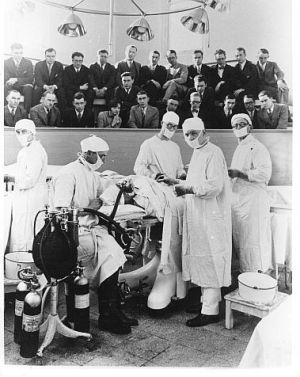 Our legacy as a teaching hospital dates from 1882, when the Faculty of Medicine of the Western University of London, Ontario (now The University of Western Ontario [UWO]), opened in a white frame cottage on St. James Street. By 1887, there were 60 students, too many for the original site, and a new building was constructed at Waterloo and York Streets. Change came in 1921, with the opening of a new building at South and Waterloo Streets, and in 1965, when the Faculty moved to the university campus. As London's first clinical site for medical education, the London General Hospital contributed to the development of the Faculty. 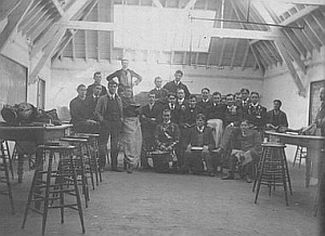 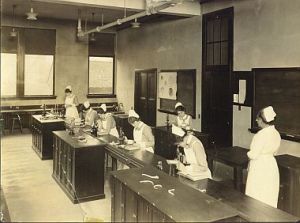 In 1883, the London General Training School for Nurses opened with three students enrolled—the third nursing school opened in Canada. Students lived in the hospital until the opening of the Nurses’ Residence in 1905. Nursing education in London transferred to Fanshawe College in 1975, and in 2001 became an integrated program of the College UWO.

Victoria Hospital gets its name – 1899

On November 16, 1899, some 15,000 Londoners jammed onto South Street to celebrate the opening of Victoria Hospital, an impressive new building that commemorated the 60th anniversary of Queen Victoria’s accession to the throne. Victoria Hospital filled almost an entire city block, and its distinctive bell tower instantly became a London landmark. In May 1941, an addition was opened to the north side of Victoria Hospital—the long-familiar South Street building façade. 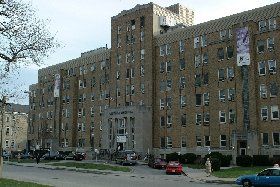 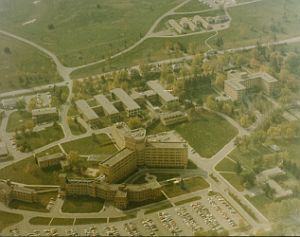 Begun in 1918 as a military hospital, Westminster Hospital was used to treat veterans suffering from mental illness after World War I. In 1929, Westminster Hospital received its name and also began to accommodate ex-service people who needed medical and surgical treatment. The hospital expanded during World War II to treat the sick and injured from nearby training camps. After the war, the focus returned to long-term and acute care for veterans with disabilities. In 1977, the hospital and its staff and patients were transferred to the Victoria Hospital Corporation, together with 80 acres of land, now LHSC’s new Victoria Hospital site at Commissioners Road and Wellington Road. In 1980, Parkwood Hospital assumed responsibility for the care of veterans. 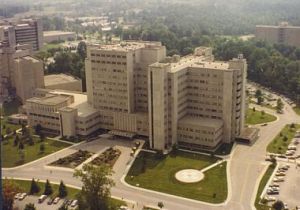 Tuberculosis was a serious health problem in Ontario prior to the development of antibiotics. Early in the 20th century, a group of prominent citizens led by Sir Adam Beck, Mayor and MPP, formed the London Health Association to create the Queen Alexandria Sanatorium (later renamed in honour of Beck), a privately run facility situated on a 130-acre farm near Byron. The facility was rededicated to other uses in 1972, when the sanatorium ceased operations, no longer needed to treat the disease. By then, the London Health Association had taken on a major new project—the development of University Hospital, which opened the same year. Dr. Wilder Penfield, the distinguished Montreal-based neurosurgeon, opened the new hospital, an affiliate of UWO, that September. University Hospital quickly established a reputation for medical advances in fields such as neurosurgery, cardiac surgery, and transplantation. Dr. Charles Drake achieved international renown for his innovative surgery for brain aneurysms, which attracted patients and surgeons from around the world to London. 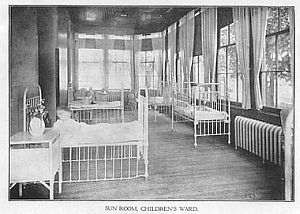 In May 1900, the Children’s Pavilion of Victoria Hospital opened, funded by the local branch of the National Council of Women. In October 1922, it was replaced by the War Memorial Children’s Hospital, which opened at the corner of South and Colborne Streets. The Imperial Order of the Daughters of the Empire spearheaded its development, with support from the Shriners, the Masonic Order, Women’s Institutes and other groups. The children’s hospital moved to Victoria Hospital’s Westminster site in 1985, becoming the Children’s Hospital of Western Ontario. 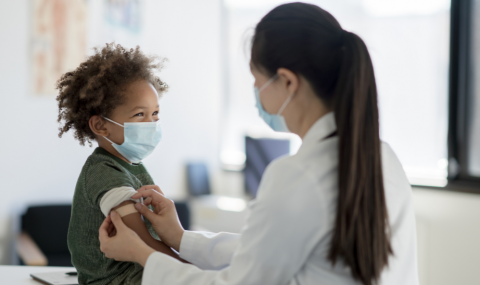