The words ‘renal’, ‘kidney’, and ‘nephrology’ are used interchangeably throughout the site.  All terms below, expect those marked “*” are taken, with permission, from the The Living Kidney Disease Manual, Fourth Edition by the Kidney Foundation of Canada.

Medical condition in which the number of red blood cells (the blood count) is reduced.

A protein produced in the body to fight an invasion by foreign material (antigen).

Any substance not normally present in the body which causes production of an antibody (examples include a transplant and infections).

Medication used to prevent or treat rejection of a transplanted kidney.

Blood vessel taking blood from the heart to other parts of the body.

Form of continuous peritoneal dialysis in which a machine called an automatic cycler performs regular exchanges throughout the night.

Inherited kidney disease which produces fluid-filled cysts in the kidneys and other organ systems.

An expandable sack which collects and holds urine.

Mineral that is important for bone growth and body function.

Measure of energy value of food.

Hollow tube used to transport fluids to or from the body.

A type of fat found in most body tissues.

Kidney function which is less than normal and will never get better. This condition might be mild and might only need to be watched by your doctor (usually called Stage 1 or Stage 2).  Or it might be slowly getting worse and will need to be watched more carefully to avoid symptoms and complications.  Stage 5 CKD is also called End-stage renal disease (ESRD),end-stage kidney disease, or end-stage kidney failure. This is when you need dialysis or a transplant to continue to live.

A treatment option which aims to provide physical and

Form of peritoneal dialysis in which dialysis fluid is exchanged at regular intervals throughout the 24-hour day.

Blood test to measure the compatibility of a blood transfusion, or of a transplant donor and recipient.

Substance in the blood (antibody) designed to kill the antigen; usually means that the body would reject a transplanted kidney.

Plan worked out by a dietitian and a kidney patient which determines the types and amounts of foods which should be eaten daily.

Disease of the pancreas in which the production of insulin is decreased. Commonly called diabetes.

Disease in which the body does not use the insulin that the pancreas makes. Also commonly called diabetes.

From Greek, meaning “to separate or dissolve.” A treatment for kidney failure which removes wastes and water from the blood.

Special fluid used in dialysis into which wastes are passed.  Also called dialyzate, or bath.

The part of an artificial kidney machine which acts like a filter to remove wastes from the blood.

Swelling of the body tissues (usually ankles or lungs) due to salt and water retention.

Estimated glomerular filtration rate (see GFR). The eGFR is estimated by a mathematical calculation using blood tests and other information in order to get an approximate measure of the amount of kidney function present.

Foods, particularly sugars and fats, which provide the body with energy. Usually measured in calories.

Hormone which stimulates the bone marrow to produce red blood cells. The hormone is naturally produced by the kidneys, and is also available as a family of injectable medications.

Commonly used method of providing access to the bloodstream in which a vein and an artery in the arm are joined together.

Condition in which the glomeruli, the tiny filters which clean the blood, are damaged. Often referred to as nephritis. There are many causes.

Microscopic filter in the kidney which separates excess water and wastes from the blood. More than one glomerulus are called glomeruli.

A vein and an artery in the arm are joined with a piece of special tubing. The graft provides access to the bloodstream for dialysis.

Treatment for kidney failure in which the blood passes through a dialyzer to remove wastes and water.

The protein in red blood cells which carries oxygen.

Substance often added to blood during hemodialysis to prevent it from clotting in the dialyzer.

Method of carrying out hemodialysis at home while you sleep.

Chemical messenger which regulates bodily functions such as blood pressure and the making of red blood cells.

High blood pressure. May be either a cause or a result of kidney disease.

System which protects the body from foreign materials such as viruses and bacteria.

Medications which suppress (decrease) the body’s immune system and help prevent rejection of a transplanted kidney.

Hormone produced by the pancreas which regulates the level of glucose (sugar) in the blood.

Blood vessel located in the side of the neck sometimes used to provide access for hemodialysis.

One of two organs located at the back of the abdominal cavity on each side of the spinal column.

Type of kidney transplant in which a kidney is donated by a live donor, often a blood relative.

White blood cells which are part of the immune system and which are involved in transplant rejection.

Porous material which is used to filter wastes from the blood.

Medication used to treat or prevent rejection of a transplanted kidney.

The functional unit of the kidney which acts to maintain the body’s chemical balance. Consists of a filter (glomerulus) attached to a tubule.

Type of kidney transplant in which a kidney is donated from someone who has died suddenly. Also called deceased donor transplant or cadaveric transplant.

nPNA (normalized protein-equivalent of nitrogen appearance)*       Shows how much protein you have eaten over a period of time, a part of urea kinetic modeling (see below).  Ask your Dietitian for your results.

A specialized meal replacement that gives you extra nutrition. It can help to stop unhealthy weight loss and keep you at a healthy weight when you have a low appetite. Some examples are Boost, Ensure, Nepro, and Novasource Renal

Abdominal cavity (tummy) which contains the intestines and other internal organs.

Treatment for kidney failure in which dialysis fluid is introduced into the peritoneal cavity to remove wastes and water from the blood.

Thin membrane which encloses the peritoneal cavity and surrounds the abdominal organs.

Medication which binds with some of the phosphate when the food is in the stomach and intestine causing the phosphate to be passed in the stool instead of letting it get into the blood.

Mineral in many nutritious foods. In the body fluids it is regulated by the kidneys. At normal levels, keeps bones strong and healthy. At high levels, causes itching, painful joints, and parathyroid and bone disease.

Cells in the blood which are involved in blood clotting.

Mineral in the body fluids regulated by the kidneys. At normal levels, helps nerves and muscles work well. At high levels, may stop the heart.

Medication like cortisone, used to prevent rejection of a transplanted kidney. A relative of prednisone may be used to treat rejection in higher doses given intravenously.

Substance obtained from food which builds, repairs and maintains body tissues. High sources of protein are mainly from animal foods.

Cells in the blood which carry oxygen to the body tissues.

Condition in which the kidneys are scarred because of an abnormal flow of urine from the bladder backwards into the kidney.

Process in which the body recognizes that a transplanted

organ is not its own and mobilizes the immune system to

Major vessel which delivers blood to the kidneys for cleaning.

Funnel-like structure which collects urine from the kidney and delivers it to the ureter.

A treatment, such as dialysis or transplantation, which attempts to replace the normal functioning of the kidneys.

Major vessel which returns freshly cleaned blood from the kidneys to the circulatory system.

Hormone produced by the kidneys which regulates blood pressure.

Blood test to measure the level of creatinine, which is a waste product of muscle activity. As kidney function decreases, the serum creatinine level increases.

Mineral in the body fluids which increases thirst and is regulated by the kidneys. Affects the level of water retained in the body tissues.

Medication which reduces inflammation and acts as an immunosuppressant. Prednisone is an example. Not to be confused with anabolic steroids which are a medication sometimes abused by some athletes.

Disease of the immune system which may affect a number of

organs, including the kidneys.

Laboratory test to determine the genetic makeup of a person.  Used to ensure compatibility of a kidney before transplant.

Tube in the nephron which collects and processes urine from the glomerulus before the urine passes into the renal pelvis.

Process in which blood entering a dialyzer is placed under pressure to remove excess water.

Waste product from the breakdown of protein.

Calculates how well your dialysis is working.  If you have urine output, your nurse will sometimes ask you to do a urine collection so we can use that in the calculations.

Condition caused by build-up of waste products in the blood.

Tube which takes urine from the renal pelvis and delivers it into the bladder.

Tube from the bladder which takes urine out of the body.

Test to measure the presence of protein and other substances in the urine.

Cells in the blood which fight infection and are active in the process of kidney rejection. 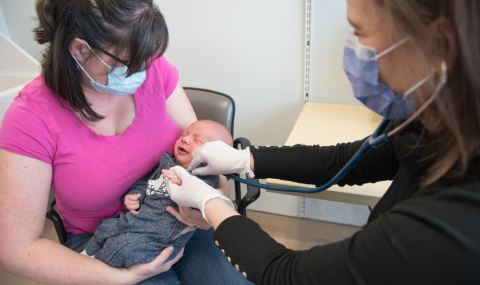