(LONDON, Ontario) – Bonnie Adamson, President and Chief Executive Officer of London Health Sciences Centre is pleased to announce the recipients of the 2012 President’s Awards The recipients and nominees were honoured at the award ceremony today at LHSC.

"This year’s President’s Award recipients are a group of remarkable individuals who are truly making a positive difference within and beyond our hospital walls,” says Bonnie Adamson, President and Chief Executive Officer. “They are each helping to advance LHSC’s vision of extraordinary experiences, exceptional people and engaging partnerships and I am honoured to recognize them today.”

Frank Filice, physiotherapist in orthopaedic surgical care at University Hospital, is this year’s recipient of the President’s Award for Community Service, recognizing his many dedicated years as a cofounder and volunteer with the Old East Village Community Association in London. This award recognizes an individual at LHSC whose volunteer achievements have made a difference to the lives of people in our community.

Susan Collins is the recipient of the President’s Award for Living Our Core Values, How We Serve Our Patients. Before her recent retirement, Susan was a nurse practitioner, hematology/oncology in our London Regional Cancer Program.

Pat Doyle-Pettypiece, nurse practitioner in the clinical neurological sciences (CNS) division of neurosurgery at University Hospital, is the recipient of the President’s Award for Living Our Core Values, How We Work Together. Both Collins and Doyle-Pettypiece demonstrate our values of respect, trust and collaboration on a daily basis.

Karen Peters, manager, regional and London satellite hemodialysis units and home dialysis units, is this year’s recipient of the President’s Award for Leadership, which recognizes leaders at LHSC – both formal and informal – who make a significant difference to the effectiveness of the organization.

Susan Rosato, fitness program lead at LHSC is the recipient of the President’s Award for Innovation. This award recognizes an individual that demonstrates a passion for innovation to address and advance one or more of LHSC's innovation objectives.

Dr. Claudio Martin is the inaugural recipient of the President’s Award for Physician Leadership. This award was established to honour the leadership legacy of the late Dr. Murray Girotti – a remarkable physician, teacher and leader at LHSC.

For more information on each recipient please see attached backgrounder.

Each winner’s name now appears on the perpetual plaques honouring award recipients, located in the President’s Gallery at both Victoria and University hospitals. 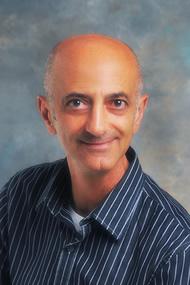 Frank Filice is a physiotherapist in orthopaedic surgical care at University Hospital and has worked at LHSC for more than 20 years.

Nominated for his long-standing volunteer efforts with the Old East Village Community Association (OEVCA) in London, Frank has worked tirelessly with the city and community advocates to restore the old east London area to the creative, healthy and attractive neighbourhood that it once was. He is noted as one of the primary driving forces behind the revitalization that has occurred to date.

As a co-founder of OEVCA, Frank has held a number of positions on the Board of Directors and is the association’s current vice president. Under his leadership much has been accomplished, including designation of the neighbourhood as a Heritage District, implementation of traffic calming measures that have made it safer for pedestrians, saving the local library branch from closure and redevelopment of the neighbourhood’s public green space Queen’s Park. Through his work with the OEVCA, a community that had been pushed to the margins has found its collective voice and has developed the capacity to mobilize and advocate on its own behalf.

Frank is described by his colleagues as a valued and well-respected member of the outpatient orthopaedic team. He is known for encouraging active, healthy living and providing the best possible outcomes for his patients.

Until her recent retirement at the end of April 2012, Susan was a nurse practitioner, hematology/oncology at London Health Sciences Centre’s London Regional Cancer Program. She began her career at LHSC in 1999 in the adult inpatient oncology setting.

Nominated for her long-standing provision of knowledgeable and compassionate care to oncology patients and families, Susan’s colleagues describe her as a dedicated professional who takes the time to build relationships with each patient and their families, treating the whole person and not just the disease.

Many of the letters supporting Susan’s nomination for this award were received from former patients. Although each story is different, the lasting impression that Susan created and the exceptional care that she provided remained a constant. One of these lasting impressions came to us from the husband of a former patient. In the letter, he describes how Susan’s thoughtful communication style, personal touch, professionalism and actions made their journey through cancer a little easier to bear. For his family, “she provided inspiration at times of despair, laughter at times of great sadness and humility at times of great sorrow”.

Susan demonstrates our core values of respect, trust and collaboration in all that she does and is a tremendous source of inspiration to both her colleagues and her patients.

Pat Doyle-Pettypiece is currently a nurse practitioner in LHSC’s clinical neurological sciences (CNS), division of neurosurgery at University Hospital. She began her career at LHSC as a registered nurse nearly 28 years ago with the CNS department.

Nominated by her colleagues, Pat is described as the hub of the interdisciplinary team she works with. She places high importance on building healthy relationships with the entire team, which includes nurses, allied health professionals, physicians and support staff. Pat demonstrates respect for the unique perspective and expertise each discipline and team member has to contribute and makes a point to recognize the accomplishments and work of her colleagues. She not only develops collaborative relationships within her own team, but also serves as a trusted liaison with consulting medical teams from other departments.

Pat’s efforts to celebrate the CNS team can be seen within and beyond our hospital walls. For the past 20 years she has organized the annual Neuroradiology Appreciation Day at LHSC, which recognizes the contributions of the radiologists, technologists and support staff. She also serves as the organizer and tireless cheerleader for an annual neurosurgery-neurology baseball game which brings together staff, physicians and their families from the neuroscience unit and the operating room, helping to consolidate important relationships within the department and welcome new staff members, residents and fellows. 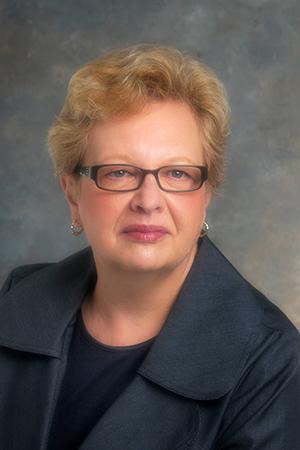 Karen Peters is manager, regional and London satellite hemodialysis units and home dialysis units at London Health Sciences Centre. She began her career as a staff nurse with LHSC’s renal program in 1972 and since that time has held a number of progressive roles throughout her tenure. Karen will retire in June 2012.

Nominated by colleagues and supported by regional partners, Karen is described as a great role model who leads by example, inspires confidence in her team and renews staff enthusiasm for the work even during times of change and transition. Most recently, Karen has been preparing her team for the upcoming move to the new offsite LHSC Kidney Care Centre in Westmount Shopping Centre, which will consolidate a number of renal units in a single location. Throughout the entire move preparation process, she has been regarded as open, communicative and supportive.

Karen’s nominators also credit her leadership as one of the principal driving forces behind the growth and success of LHSC’s regional program, which today serves as a model of how to deliver “hub and spoke” dialysis care for the province and allows patients to receive care in their own communities. 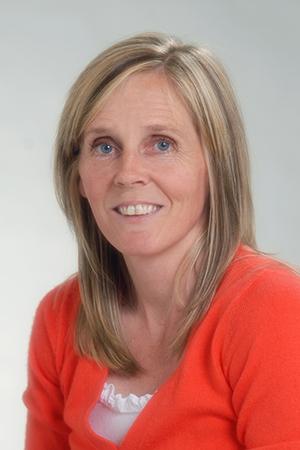 Susan Rosato is currently the fitness program lead at LHSC. She first began her career as a registered nurse with LHSC in 1988 and is also a certified personal trainer.

Nominated for her development of an onsite fitness program – which makes it easier for staff to find a healthy balance between life and work demands – Susan’s passion and love for all-things fitness is evident to all who know her.

Motivated, upbeat and friendly are the words that are most often used to describe Susan. Her tireless efforts to build a healthier workplace have resulted in an innovative wellness offering that has been heralded by organizations across Canada and the United States for its wide variety of activities and classes, professional, encouraging instructors and onsite convenience. Testimonials from the program’s participants and by those who nominated her for this award state that the benefits realized not only include weight loss and increased energy and strength, but also feelings of improved morale and reduced stress throughout the workday.

Today, LHSC’s fitness program has evolved beyond the pilot stage and is now a permanent offering for all staff, physicians, students and volunteers at LHSC. With over 33,000 visits in the program’s first 11 months it was clear that Susan’s innovative initiative has been widely embraced by the organization. 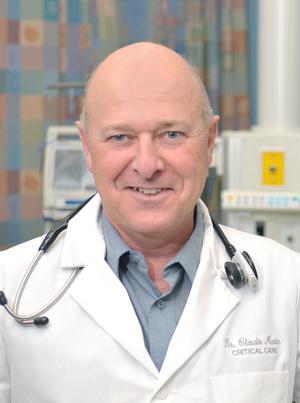 Dr. Claudio Martin is the chair/chief and medical director, critical care at London Health Sciences Centre and Western University. His academic practice and research at LHSC has spanned nearly 23 years.

Nominated by members of the critical care team, Claudio is described as embodying the qualities, vision, leadership and professionalism that were exemplified by the late Dr. Murray Girotti, for whom the award was established.

Known for his open-door policy, calm demeanour and consideration and acknowledgment of others, Claudio’s personal leadership style is characterized by LHSC’s core values of respect, trust and collaboration. From his instrumental work in developing the Critical Care Research Network, a Canadian collaborative of 40 community and academic critical care units, to his introduction of a formal mentorship program within the critical care physician team, his commitment to advancing LHSC’s vision of exceptional experiences, extraordinary people and engaging partnerships is evident in all that he does.