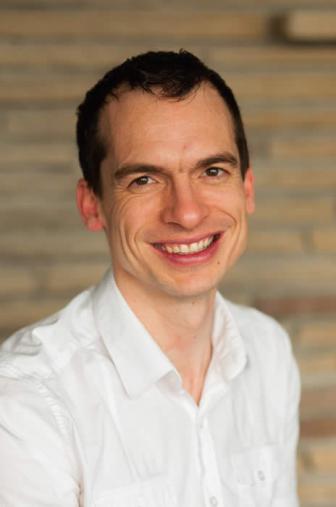 I’m currently a medical physicist at the London Regional Cancer Program. Previously, I studied Engineering at Queens University, and then high-energy theoretical physics at McGill University and Perimeter Institute. In order to transition to the field of medical physics, I moved on to a one-year Postdoctoral position at the University of Western Ontario. Besides teaching and performing my clinical duties, I’m also actively involved in a number of projects related to both Brachytherapy and External Beam Radiation Therapy.

Brachytherapy for intermediate- and high-risk prostate cancer is a treatment modality that will likely see a rise in usage due in part to recent results from the ASCENDE-RT trial which showed improved relapse-free survival in a combined EBRT/Brachytherapy approach to the management of prostate cancer. Our group is currently working with a device originally developed at the Robarts Research Institute for use in low-dose rate brachytherapy. We are in the process of translating this technology for use in high-dose-rate, intra-operatively planned prostate brachytherapy. Initial results show that the improved imaging afforded by this device result in greater accuracy of needle positioning, leading to a corresponding improvement in dose delivery accuracy (1).

Radiation pneumonitis is a potentially life-threatening toxicity associated with radiation treatment for lung cancer. The volume of normal lung that receives a radiation dose of at least 20 Gy has been shown to be one of the best predictors for pneumonitis, although one limitation of this metric is that it assumes all lung tissue is equivalent. On the other hand, lung cancer patients often have COPD and emphysema, resulting in very heterogeneous lung function. Recent studies have shown that predictors of pneumonitis which incorporate lung function may be superior to those which assume homogeneous lung function (2). By identifying healthy, well-functioning lung, we can then adapt our radiation treatment plans to avoid healthy lung tissue at the expense of less healthy regions of the lung. It is hypothesised that this type of “functional lung planning” will lead to improved quality of life in lung cancer patients receiving radiation therapy. I am currently one of the lead investigators in the world’s first double-blind, randomized, controlled trial examining whether this hypothesis is borne out (3).

Delivery techniques for external beam radiation therapy has evolved tremendously over the last two decades. Modern linear accelerators are now capable of sculpting dose around critical structures, while still delivering a conformal, uniform dose to the tumour. Two modern techniques which make this possible are intensity modulated radiation therapy (IMRT) and volume modulated arc therapy (VMAT), with each technique having its own advantages and disadvantages. In a recent publication by my group, we showed that it is possible to combine these two methods into a single, unified optimization and delivery technique. The proof-of-concept algorithm was developed on the Philip’s Pinnacle3 treatment planning system (4). We are currently working with Philips to develop an improved algorithm, with an eventual goal of commercialization.