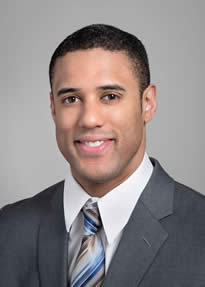 He received his medical degree from the University of Toronto in 2003. He then interned at Massachusetts General Hospital from 2003-2004, before completing his residency with the Harvard Combined Otolaryngology Program in 2008. While still at Harvard, he received fellowship training in Head and Neck Oncology and microvascular reconstruction in 2009. Under the mentorship of Dr. Jim Rocco, he pursued basic science training in the field of molecular biology of head and neck cancers in concordance with his clinical training.

Dr. Nichols joined the staff at the Schulich School of Medicine & Dentistry, Western University as a Surgeon- Scientist in 2009, in order to establish the Translational Head and Neck Cancer Program. He has developed a multi-faceted program that introduces laboratory findings into the clinic, by way of early stage clinical trials. This group specifically studies the genetic makeup of head and neck squamous cell cancer and anaplastic thyroid cancer to see how those genes predict the response of chemotherapy.

Dr. Nichols, in partner with Drs. Kevin Fung and John Yoo, established the first transoral robotic surgery (TORS) program in Canada in 2010, for the minimally invasive treatment of head and neck tumours. In 2011, in partner with radiation oncologist Dr. David Palma, Dr. Nichols introduced the first and only randomized controlled trial that compared TORS with radiation for the treatments of oropharyngeal cancer. This study was funded through a grant provided by the Canadian Cancer Research Institute, and has the potential to guide health care worldwide for patients with oropharyngeal cancer. After being performed solely in London, the study has since opened at the University of British Columbia, McGill University, the University of Ottawa, the University of Toronto and in Australia.

Dr. Nichols’ work with the Translational Head and Neck Cancer Research Program has led to the training of 13 students, and $3.2 million of funding that has culminated in 45 publications and three clinical trials.