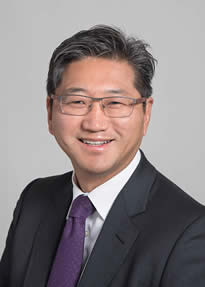 Dr. John Yoo is a Professor and the Head and Neck Fellowship Director. He served as the Chair, City-wide Chief of the Department from April 2006 to June 2017. He received his medical degree from the University of Toronto in 1991, where he also completed his residency. He received fellowship training in Head and Neck Oncologic and Reconstructive Surgery in Toronto, before joining the faculty at the Schulich School of Medicine & Dentistry in 1997.

Dr. Yoo has served on numerous regional, provincial, national and international committees. He is the past Chair of Chairs of Clinical Departments at Schulich Medicine & Dentistry, and the past and longest serving Chair of the Committee of Canadian Otolaryngology Academic Chairs. He is a current member of the Canadian Society of Otolaryngology - Head and Neck Surgery Executive Committee, is the provincial Co-Chair of the Head and Neck Disease Site of Cancer Care Ontario and has been active in helping develop standards of practice.

Dr. Yoo has dedicated his practice to academic Head and Neck Oncologic and Microvascular Reconstructive Surgery. He has been Chief of Division and the Fellowship director since their inceptions in 2003 and 2006, respectively. His clinical and academic interests include innovations in head and neck reconstruction, thyroid and parathyroid surgery, management of the paralyzed face, and head and neck oncology. He has published and lectured extensively and has developed numerous surgical innovations in reconstruction for major head and neck defects.