LONDON, Ontario – Bonnie Adamson, President and Chief Executive Officer of London Health Sciences Centre is pleased to announce the recipients of the 2011 President’s Awards, which include the established awards for Community Service, Living Our Core Values (How We Work Together and How We Serve Our Patients) and Leadership, in addition to this year’s new award for Innovation.

Mary Helen Adams, a physiotherapist in orthopaedic surgery, is this year’s recipient of the President’s Award for Community Service, recognizing her many dedicated years as a volunteer with The Arthritis Society. This award recognizes an individual at LHSC whose volunteer achievements have made a difference to the lives of people in our community.

Sue Brighton is the recipient of the President’s Award for Living Our Core Values, How We Serve Our Patients. Brighton has worked at LHSC for 30 years, most recently as a nurse practitioner for the vascular surgery division at LHSC’s Victoria Hospital.

Chris Harris, manager of the operating rooms at University Hospital, is the recipient of the President’s Award for Living Our Core Values, How We Work Together. Both Brighton and Harris demonstrate our values of respect, trust and collaboration on a daily basis.

Catherine Glover, director of Corporate Clinical Operations since 2009 is this year’s recipient of the President’s Award for Leadership, which recognizes leaders at LHSC – both formal and informal – who make a significant difference to the effectiveness of the organization.

Dr. Chris Fernandes, chair of the Medical Advisory Committee and director of Quality of Medical Care at LHSC is the inaugural recipient of the President’s Award for Innovation, nominated for his work as the chair of LHSC’s Surviving Sepsis Campaign.

"LHSC is proud of all the remarkable individuals who are committed to improving the lives of our patients, our community, and our hospital environment. This year’s President’s Award recipients are no exception, and I am honoured to recognize them today,” says Bonnie Adamson, President and Chief Executive Officer.

For more information on each recipient please see the backgrounder below.

Each winner’s name now appears on the perpetual plaques honouring award recipients, located in the President’s Gallery at both Victoria and University hospitals. 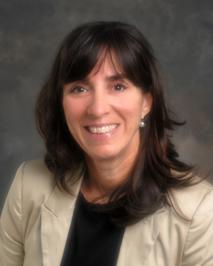 A physiotherapist in orthopaedic surgery at University Hospital, Mary Helen Adams has worked at LHSC for more than 20 years. For many of those years, she has also been a dedicated volunteer with The Arthritis Society.

Mary Helen has taken on a number of roles at The Arthritis Society, including a team captain and then community co-chair for their door-to-door campaign, as well as a committee member and co-chair of the Jewels and Jeans Gala. Dedicating significant amounts of personal time to these leadership volunteer roles, Mary Helen has been integral in raising more than $250,000 to support programs, education and research into rheumatoid arthritis.

Mary Helen has also helped to develop recruitment materials and processes as well as training, communication plans and recognition. One of her nominators, a colleague at The Arthritis Society, describes Mary Helen as a “dream volunteer,” inspiring many other volunteers to become involved. Her spirit and dedication are also a daily inspiration to staff and clients of The Arthritis Society.

"Always quick to deflect credit to others, Mary Helen is described as an unsung hero who, in her own quiet way, makes a real difference in our community," says President and CEO Bonnie Adamson. 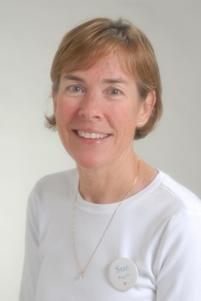 Sue Brighton has worked at LHSC for more than 30 years, most recently as nurse practitioner for the vascular surgery division at Victoria Hospital.

Those who nominated Sue describe her as the ideal candidate for the President’s Award for Living Our Core Values – How We Serve Our Patients, noting that people like Sue come along once in a lifetime. Sue’s nomination cited many examples from her colleagues and even a former patient to testify to how she lives our core values of respect, trust and collaboration in every interaction she has.

Some patients are admitted to hospital who are experiencing difficult financial circumstances, and often their clothes are in such a state they are thrown out once the patient is admitted. Over the years, Sue has developed a “clothes closet” full of used and new clothes to help those patients get a fresh start once they leave the hospital.

In another example of living our values, Sue helped a patient achieve his dream to attend his granddaughter’s wedding. He had been in hospital for more than two months, and once Sue heard of his desire to be at the wedding, she organized a fundraiser to raise the money necessary for his medical transport and then accompanied him to the wedding on her own time to provide additional care and support. The transport attendants were so moved by Sue’s dedication to this patient that they ended up donating their own time and services as well.

“Sue is described by her colleagues as a consummate guardian angel for her patients, truly living LHSC’s core values of respect, trust and collaboration with every patient she helps,” says President and CEO Bonnie Adamson. 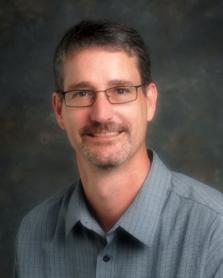 Chris Harris is the manager of the operating room at University Hospital, but he began his career at LHSC as a registered respiratory therapist in 1989.

Chris was nominated by colleagues from respiratory therapy, the operating room and intensive care as he has made an impressive impact in all of these areas. His nominators describe him as a quiet, effective leader who promotes excellence in his staff and colleagues by encouraging independent thinking.

After many years as the coordinator of respiratory therapy in the ICU, Chris took on the role of OR manager at UH last January. The position is described by colleagues as a difficult one, with the manager frequently dealing with complex and conflicting demands. Balancing budgets, resources and diverse roles and personalities from multiple disciplines, Chris has retained a unique ability to be congenial and approachable while quickly getting up to speed the standards, policies and procedures within the OR. In this new role, Chris has been able to actively encourage and motivate in several areas of change management, including championing the Surgical Safety Checklist which has become a part of his team’s daily culture.

"Chris lives LHSC’s core values of respect, trust and collaboration in every encounter he has, leading his team by example and empowering them to achieve personal and professional goals with hard work and determination," says Bonnie Adamson, President and CEO. 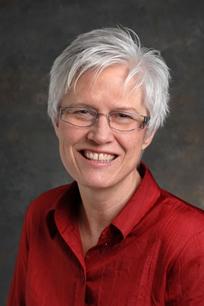 Catherine Glover, director of Corporate Clinical Operations, is an occupational therapist by training with a master’s degree in Public Administration, Catherine joined LHSC in April 2009. She is described as a leader who does not fear challenging the status quo, and has inspired many with her enthusiasm and ability to motivate others.

In one of her nomination letters, a colleague mentioned Catherine’s genuine, authentic approach to finding out what makes people tick, and then looking for opportunities that will provide growth and development.

Building effective leaders to deliver results is a particular strength of Catherine’s. This was highlighted recently by her work with both LHSC’s transition to the Support Service Worker model and the establishment of the South West LHIN Patient Access “One Number” project. Catherine has been able to maximize outcomes through her development of leaders on her team, resulting in satisfied clients, partners and staff.

“Catherine takes the time to really listen to what her team members and the patients they care for have to say,” says Bonnie Adamson, President and CEO. “Her team says that Catherine always puts her project teams at the forefront when celebrating successes and awards, so it is only fitting that they return the favour and celebrate Catherine for her own success.” 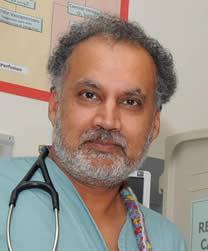 Dr. Chris Fernandes, chair of the Medical Advisory Committee and director of Quality of Medical Care at LHSC, is the inaugural recipient of the President’s Award for Innovation.

Chris was nominated for his work as chair of the LHSC Surviving Sepsis Campaign and development of the London Sepsis Checklist. This initiative came out of a 2009 report from the Canadian Institute for Health and Information on hospital mortality ratios. The report recommended early recognition and care related to sepsis as a key area of improvement for hospitals across the country. At LHSC, sepsis represented the diagnostic category with the highest number of unexpected deaths.

In response to this report, Dr. Fernandes brought together a multi-disciplinary task force to develop an initiative aimed at reducing morbidity and mortality due to sepsis at LHSC. In February 2010, LHSC launched the Surviving Sepsis campaign which included a new checklist tool to increase early recognition and improve care of patients with sepsis.

Nominators describe Dr. Fernandes as an innovative thinker, always open to everyone’s ideas and supportive of trying new approaches. His passion for change and improvement is apparent to all who have worked with him, and his results speak for themselves. With an original goal of reducing sepsis at LHSC by 25 per cent over five years, those results were exceeded within the first few months of the initiative.

“By modeling innovative thinking and providing the coaching, guidance and support required to implement new ideas, Dr. Fernandes paved the way for a new kind of approach to change and process improvement at LHSC,” says Bonnie Adamson, President and CEO.