Please refer to LHSC’s Coronavirus Updates website for the latest information for patients and visitors including services changes.

Canadian transplant patients are living longer as a result of improvements in surgical techniques and organ preservation, advances in anti-rejection drugs, and better care during hospitalization. Unfortunately, more than 4,000 Canadians continue to wait for an organ transplant and thousands more need a tissue transplant.

Why are there not enough donated organs?

In Canada, the number of organ donors remains fairly constant each year (about 15 organ donors per million population). Research by Urban Futures, "Donation matters: demographics and organ transplants in Canada, 2000-2040", reveals some interesting findings. Canada’s low rate of organ donation – in comparison to other countries – is not from a lack of generosity or altruism, but because we have better health practices. Canadians generally live a healthier lifestyle and receive better health care, which limits the number of potential donors. For example, Canada's death rate from automobile accidents is 50 per cent of what it is in Spain and the United States. Deaths from gunshot wounds in this country are three times less than in the United States. Also, Canadians are more likely to receive timely and effective treatment for strokes and aneurysms than people in many other countries.

What are some solutions?

Transplant hospitals have tried many different strategies to obtain more organs. Acceptable criteria for organ donors have expanded so that older donors are considered. For example, livers from donors older than 70 years are now being transplanted. Unsuitable hearts, which would not be used for transplant under normal circumstances, have been used as a "bridge" in urgent situations until another heart became available. Sometimes, one liver can be split into two pieces for transplant into two patients.

Kidneys and part of the liver can now be donated by living donors. Some transplant hospitals have removed part of the lung or small bowel from living donors to try and save a recipient’s life. "Domino" transplantation allows a patient's healthy organ to be transplanted into another recipient. For example, when a patient needs a double lung transplant, he or she may receive a heart-lung transplant because the surgery of the combined transplant is technically easier to perform. The patient's own heart may still be healthy and may be transplanted into another patient instead of being discarded.

Other strategies have focused on hospital policy, legislation, and recognition for the donor's family. According to the Public Hospitals Act, amended in 1990, all hospitals in Ontario must have some procedures to help staff identify potential donors and to make potential donors' families aware of the possibility of organ donation (Regulation 518/88). All Canadian provinces have their own organ donation legislation. In Ontario, this legislation is the Trillium Gift of Life Network Act. In February 1997, Bill C202 received Royal Assent. This Act designates the last complete week of April as National Organ & Tissue Donor Awareness Week across Canada.

In contrast to the Canadian "opt-in system" (which requires explicit consent for donation to occur), some have proposed using "presumed consent" (in which it is presumed that everyone gives their consent for donation). In practice, many countries that use presumed consent have widely variable donation rates, with an overall average rate that is similar to the opting-in system. The authors of this Donate Life California article suggest that social, cultural, and operational factors, along with education, play vital roles in improving the donation rate, not legalizing presumed consent.

Dr. Rafael Matesanz, a leading transplant doctor from Spain,  has identified components of the Spanish Model, which has led Spain to having the highest deceased donation rates worldwide. Presumed consent is not given credit, but rather "Spaniards accept that organ and tissue donation benefits everyone, because anyone can find themselves on the waiting list at any time. It's a source of national pride," Matesanz says. He emphasizes the structure of the Spanish system and how education plays a role. Here is the article: What Spain can teach us about the gift of life.

Education about organ and tissue donation is essential so that misconceptions do not prevent individuals and families from making an informed decision. In Ontario, some high school students receive information about the need for donation and the success of transplantation through the education program, One Life…Many Gifts. 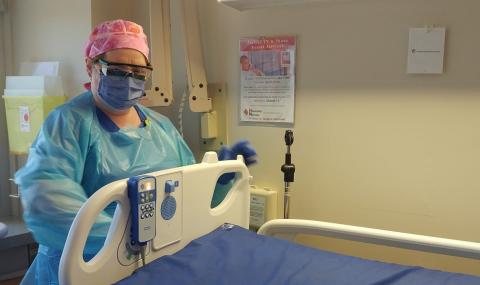